Golf is a Family Affair for the Levins 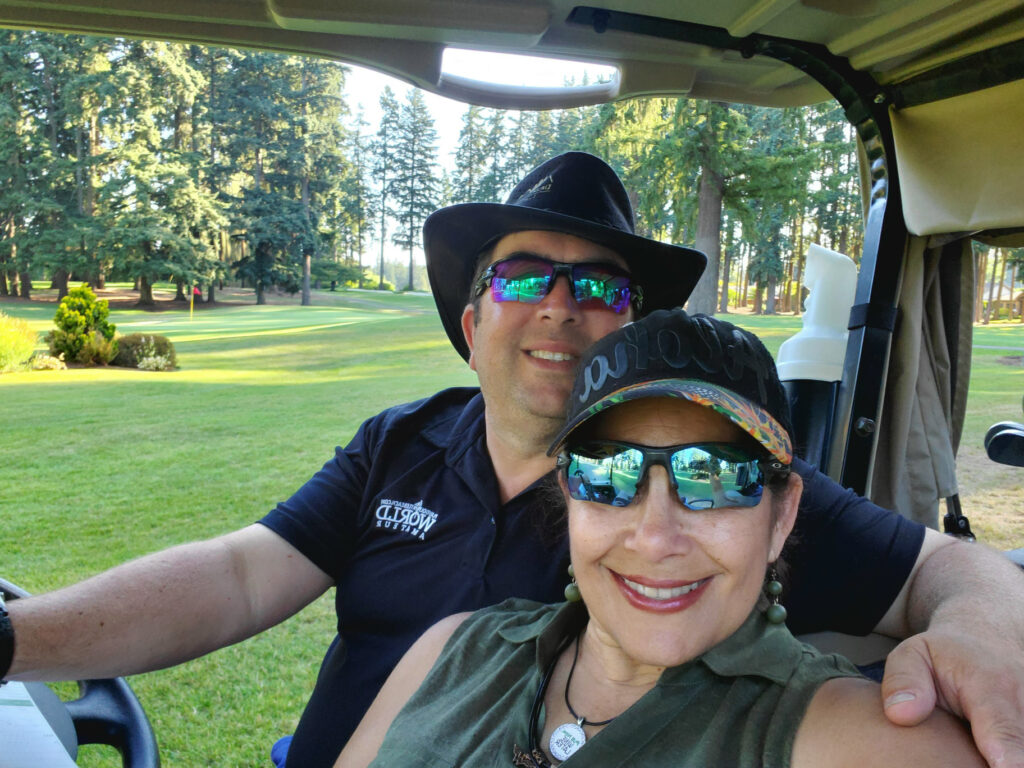 Mike Levin was introduced to golf while attending Elmhurst College in Chicago, and he quicky became an avid player, hitting the links nearly every weekend.

His passion for the game never waned, but over time he happily sacrificed the free time afforded to the young and single in the interest of marriage and raising a family.

After moving to Oregon, Levin met his wife, Jessica. She occasionally joined him on the course during their annual anniversary trip, enjoying a few beers and hitting the occasional shot that got airborne, but golf wasn’t a cornerstone of the couples’ limited leisure time.

Fast-forward to 2014 and the always popular Portland Rose Festival, where a local golf club, trying recruit new members, setup a mat and net for people to hit balls into. Levin’s children, by then 12 and 16 years old, enjoyed hitting balls and expressed interest in taking up the game.

Levin purchased clubs and shoes for the kids and happily joined Tualatin Country Club, prepared to share the game he loves with his children.

As teenagers are wont to do, their interests quickly changed and the Levin children had little desire to spend a day on the course, but there was a happy byproduct to their brief flirtation with the game.

Jessica took a sudden interest in golf. Group lessons turned into individual instruction and next thing you know, the Levins were playing together weekly. Those anniversary trips where golf was a small part of the equation gave way to pilgrimages to places like Bandon Dunes.

Golf became a focal point of their travels and when Jessica became aware of the World Am in 2020, the couple decided to take the plunge. They made the cross-country trek to enjoy their first trip to Myrtle Beach and the World Am.

Battling Myrtle Beach’s unfamiliar Bermudagrass greens, neither played as well as they would’ve liked, but they certainly had a good time. The couple spent their post-golf hours at Myrtle Waves Waterpark, floating in the lazy river, and going to the beach (ocean water in Myrtle Beach is dramatically warmer than it is along the Oregon coast).

Much as the Levins enjoyed last year’s tournament, what they didn’t experience – the World’s Largest 19th Hole – played a big part in bringing them back.

Free food, drinks, live entertainment and the camaraderie of the 19th Hole add a level to the World Am experience that both Levins want to enjoy.

“Our plan this year is to play golf in the morning, go to the lazy river in the afternoon, and 19th Hole in the evening,” Levin said.

A couple that has played golf in Hawaii, Grand Cayman, Mexico and nearly everywhere in between, is returning to the 38th annual World Am, and it’s a trip they can thank their children for. 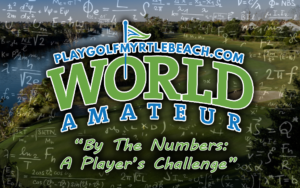 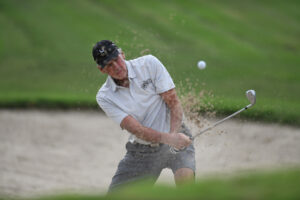 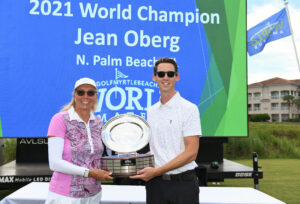