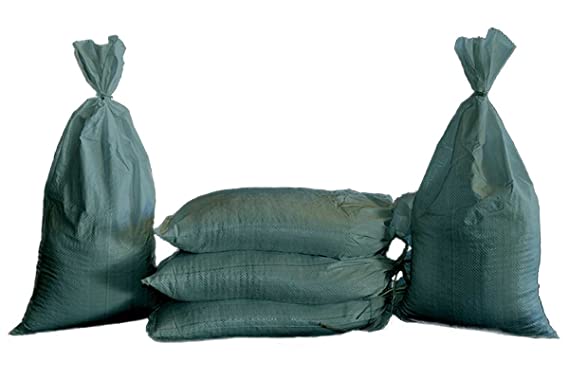 Disqualified. There, we said it. At the World Am the hardest part of our job is policing the extremely subjective and often overused word, ‘sandbagger’.

The difficulty lies in defining the word. We have not, and never will, perfect the policing of handicaps but make the best effort to run an equitable tournament.

In an attempt to provide humor and nothing else to an otherwise touchy subject, past and present tournament officials took a moment to share our more objectively egregious situations. The names and identities have been changed to protect the (not so) innocent.

It’s one thing to shoot yourself in the foot, it’s another when your best friend does it for you. Take player “Billy Mumphrey”. Billy was able to beat his index by 2 or more strokes each day of the first three days of competition.

Billy’s GHIN history revealed that each of the three scores at World Am were 2 strokes better than his best score posted, ever. Furthermore, Billy told the handicap committee during their conversation that he had “played just five rounds of golf that year” and even he was surprised by his performance. With this information, Billy was disqualified.

Billy Mumphrey’s downfall was not yet complete. An e-mail from his hometown playing partner would seal his already determined fate. Golfing partner “Bobby” had written to World Am furious with his friend’s disqualification defending his honor and closed by stating “I play with Billy 4-5 times per month, I assure you his handicap is accurate!”. Billy had just become a victim of Friendly Fire.

If you’ve ever thought twice about handing your money over to a skins organizer who pays out daily, allow these next two stories to be Exhibits A & B.

The USGA probability table was a chart that explains how well a person shot in relation to their handicap. This chart stated odds of any round. IE: If a 10 handicap played like a 5, the odds of doing so were 1 in 100.

But what happens if you do it twice? Or three times? Enter player “Billionaire Jones”. The only known player to hit the table in the billions. We’ll call him “BJ”, who entered World Am as a 16.0 index.

Here’s a quick recap of each round:

How ‘bout them odds?

“Mr. Who” takes the cake with “inaccurate index”.  Mr. Who won his flight back to back years before taking a year off. Likely due to an inevitable reduction in his handicap for performance at the event. He returned only to be disqualified in his 3rd appearance for exceptional performances far greater than his initial two. Winning your flight three times in a row is near impossible in a handicapped event (see tournament points system policy).

It was not until four years later Mr. Who decided to play again.  Only this time he did so under a completely different name, city, st, handicap, etc. The apparent rookie was disqualified for an exceptionally stellar performance. Because staff members are blind to names of participants (our version of the ‘eye test’) it wasn’t until a face to face conversation was the players’ identity under question. A quick date of birth cross reference verified Mr. Who was back for more. Why go through all that trouble to change every piece of your personal information, but leave your DOB the same? We’ll chalk the lack of going all-in on an alias under the dumb criminal files.

Mr. Who played in the event the following two years using his new, now known alter-ego and was ultimately disqualified in each of those events as well.

Over the six years that Mr. Who played he did so with an index that was reduced prior to the event start for lack of history/scoring data, past performance, etc (uniform for all participants).  Even so, he was able to beat his reduced index 20 of 21 tournament rounds by a combined 94.3 shots or 4.7 shots per round. The probability of merely equaling your handicap is 1 in 5, which he did 95% of the time. The probability is 1 in 45 for beating by four shots which he did 65% of the time.

If he was not disqualified in each of the last four events he participated in, he would have won all six he competed even with an average of 2.7 stroke per day pre-event deductions in place. If you’re going to try to cheat the system, don’t use your real date of birth.

Inevitably many players have been branded ‘bagger’ before teeing off. But until illicit action has taken place that’s all up for debate. Innocent until proven guilty.

When a gentleman from the Southwest signed up for the World Am, he registered it with only one foot in the door. A variety of emails were sent to the tournament staff first requesting to be withdrawn, then re-instated, then cancelled again. After much internal debate he decided to participate.  That part of the story remains a conundrum.

After being reinstated in mid-July, “Pro” embarked on a one month journey starting late July of practice rounds to play as many host courses in Myrtle Beach as possible prior to the tournament. Rounds in the high 90’s and 100’s throughout July and early August are posted to his GHIN. But if you check back two years prior when first starting his GHIN, he was consistently breaking 80.

Fast forward to August 22 of the tournament year and three days prior to the tournament, a fellow competitor sees our “Pro’s” name on the list of participants and shares with us that it may be the same player he knows by a different name.

“Pro” may be a bit of a stretch. But it became apparent this participant was the same person using another name and participating in big money games all summer as a 6.9 index. But as of August 15th he had just sent his World Am paperwork back as a 14.2 and was set to play courses among other 14 indexes. A little more digging uncovered he raked in over $5,000 on these tours! A clear breach of amateur status rules.

The only issue for World Am staff at this point was which reason to select in sharing why he would be disqualified before ever stepping foot in Myrtle Beach. It may have been the first time a player was DQ’ed before playing a round of golf.

Occasionally, we make mistakes. Like writing down a 55 on the 9th hole as opposed to the front 9 total. We have to live with that mistake. That’s why when we see some egregious numbers come through the hopper we don’t assume wrongdoing but rather a mere typo. So when a gross score of 76 was posted for a 31.1 handicap, we immediately hop on the phone to the golf professional and find out if the person quit after 12 holes.

The pro pulls the scorecard and says “no, every hole is accounted for”. The 76 was legit. The player had just posted a scoring differential of 13.8 as a 31.1 index. Or a net differential of -17.25 (net score of 53). As far as our records go back (2005) this is the lowest net differential in the history of the tournament. The kicker? 76 was 7 strokes better than… the players’ age. When asked about this miraculous feat, the player simply stated they had the round of their life. They sure did!

There are a few people who simply are not allowed to participate in tournaments we operate. And probably shouldn’t anywhere else for that matter. Whether it’s sandbagging, cheating, vulgarity, or poor conduct it does not matter and we do not put up with it when it becomes known. We won’t name names, but there’s more than you’d imagine.

Fast forward a few more months and the partner of the above player is participating with a new partner. Or at least we thought. Another egregious scorecard filled with eraser marks is submitted to tournament staff. One staff member makes a joke to another staffer that it reminds him of this exact player in question, even though they have different names. Or do they? The player formerly known as Richard Mimes is playing under the pseudonym of Dick Mims. Seriously!? A quick search reveals although they have changed their date of birth, address, handicap and more, the same cell phone number exists for both players. And for the third time is black balled from the event. C’mon man!

Blade & Bow Lounge access is $249 per person. Purchaser must be a registered World Am participant. Maximum two per participant (issued only to participant & corresponding guest). Credential and matching photo ID must be present for entry to VIP Area, no exceptions. Credentials are non-transferable by person, night, or year. All food & beverage available in VIP must be consumed within VIP area. World Am is not responsible for lost credentials.

Must be 21 years of age or older to purchase. 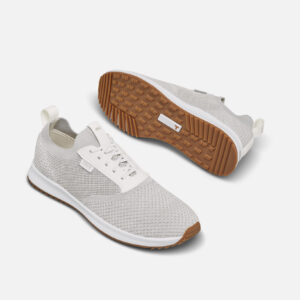 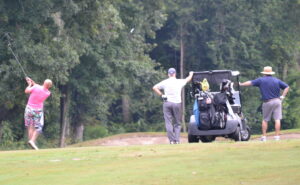 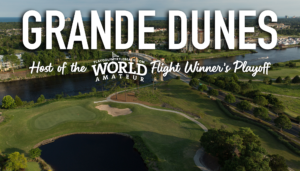