You’re out teeing it up at some of the finest tracks in the Carolinas, but what about family & friends back at the hotel? Have your loved ones jump in to one or all of the AWESOME guided tours with our partners at Gray Line Tours! Check them out below… 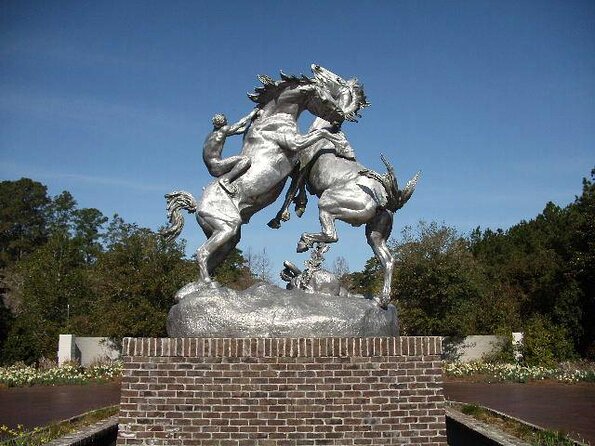 Your tour will start with a trip to Brookgreen Gardens, named one of the “Top Five Favorite Gardens” by Southern Living Magazine. Brookgreen is filled with Beautiful native flora and American sculpture. The Garden’s house is the largest collection of outdoor sculptures by American artists in the world!

Next, we will stop at Pawleys Island to enjoy the charming Hammock Shops. In 1889, a riverboat captain by the name of Joshua John Ward created what he claimed to be the sturdiest and most comfortable cotton-rope hammock ever crafted. As time passed, Ward’s design grew so much in popularity that his family opened the original Hammock Shop in 1939. Today, the Hammock Shops feature quaint boutiques and eateries you will be able to experience for yourself as you stroll through the beautiful oak shaded paths.

After some leisurely shopping, we will venture to All Saints Church to see the beautiful chapel built for local planters of the Prince George Winyah Parish (circa 1767). At the church, you will not only get to look at it’s historic beauty, you will also have the chance to hear some of the mysterious stories surrounding the church, such as the tale of Alice Flagg.

Finally, we will stop at Atalaya Castle to explore the grounds and learn about the winter home of Anna and Archer Huntington (circa 1931). This fortress is full of mazes and intriguing stone rooms. If you get an eerie feeling while in the castle, you are not alone, many people have claimed to have experienced some unusual things while on the grounds.

Tour Does Not Include: Lunch, Driver or Tour Guide Gratuities 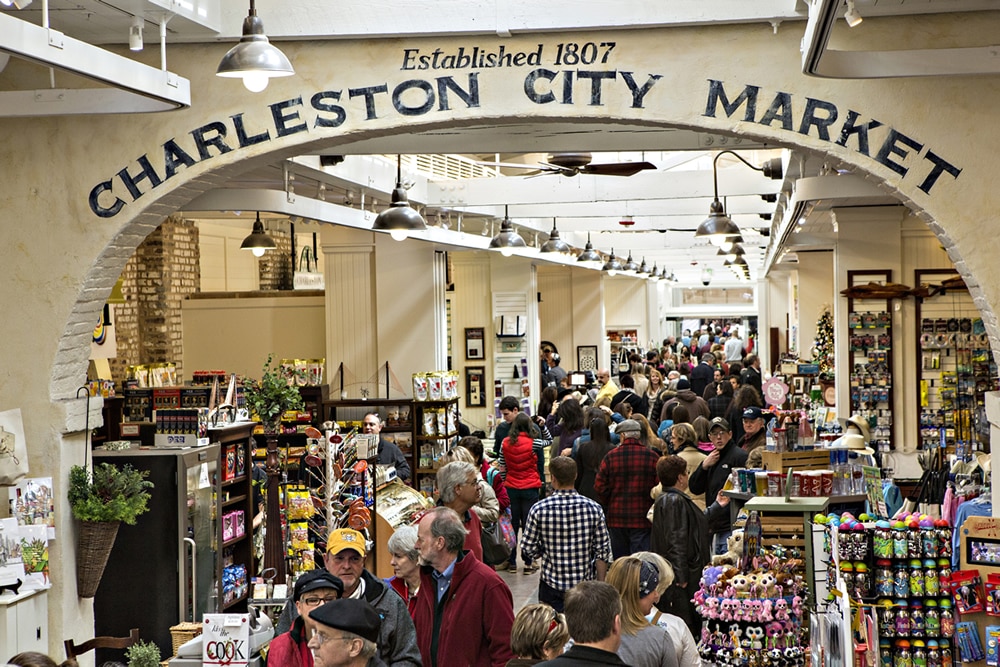 The 300+ year old Port City was once considered the cultural center of the New World. Your tour allows you to enjoy a comprehensive view of the largest intact colonial city in North America. Enjoy a guided escort through the old walled city area, and see the world-famous Battery waterfront district, Dock Street Theater, St. Phillips Episcopal Church and the public market. Tour the Heyward Washington House, built in 1772 by a signer of the Declaration of Independence, and was residence to George Washington on his 1791 Southern Tour. As your tour continues, you will enjoy lunch on your own followed by time for some shopping in the Market. Group lunch options are available.

Our next adventure is onto the harbor where we board the USS Carolina Belle for a tour of the city harbor featuring Fort Sumter, Fort Moultrie, Fort Johnson, and the USS Yorktown. See phenomenal harbor views waterfront homes, the Battery and St. Michaels Church. Plus – dolphins, dolphins and dolphins. This relaxing and insightful cruise provides yet another completely different view of the city and all its treasures.

Tour Does Not Include:  Lunch, Driver or Tour Guide Gratuities

As the site of the first European Settlement in North America (circa 1526) by the Spanish, to the third oldest English settlement in South Carolina (circa 1729), Georgetown is full of history, southern charm, legends, and ghost tales.

The next tour stop includes a visit to the grounds and building of Prince George Winyah Episcopal Church, one of the few original church buildings in South Carolina dating to the colonial period that is still in use today.
A guided tour takes you through the city’s historic district filled with colonial, revolutionary, pre-Civil War and Victorian buildings many of which house unique shops and restaurants. Of the more than 60 antebellum homes in Georgetown, the Kaminski House stands out as one of the most representative of the Georgian style of the era. Built overlooking the Sampit River, the Kaminski House is typical of the Low Country “single house” style of the mid-18th century. Your adventure includes a full tour of the interior building and it’s grounds.

After lunch, you will continue on to the plantation portion of our tour which includes Hopsewee Plantation (circa 1735), a beautiful example of local period architecture and furnishings, one the homes of Thomas Lynch, Jr., signer of the Declaration of Independence and the Hampton Plantation (circa 1700’s), owned by many notable families, including another signer of the Declaration of Independence, Henry Middleton Rutledge.
The tour includes a study of the buildings architecture and the evolution of the home’s history as well as personal insights into the life of the people that made up it’s history and called Hampton Plantation home.

Tour Does Not Include:  Lunch, Driver or Tour Guide Gratuities

This beautiful 250 year-old port city is heavily inundated in Colonial, Revolutionary and Civil War history. The Cape Fear River was a major contributing factor in providing a pathway for trade and industry through history, thus escalating the growth and stability of the region. This tour takes you into the historic district, rich in 18th & 19th century architecture. Weaving through the brick laden streets, your guide will bring to life the history of the homes, people and events that evolved throughout the past centuries.

Our tour includes the Bellamy Mansion, one of North Carolina’s most spectacular examples of antebellum architecture. After the fall of Fort Fisher in 1865, Federal troops commandeered the house as their headquarters during the occupation of Wilmington. Next you will board the steam ship Henrietta to enjoy a nostalgic and relaxing adventure among the calm waters of the scenic Cape Fear River. The voyage provides an interesting narration which includes historic points of interest and tales of days gone by.

Back on land, a shopping adventure awaits you at the Cotton Exchange. The Exchange is a collection of eight historically restored buildings, housing 30+ unique specialty shops, recreating the feel of Wilmington’s 19th century working port days.

Tour Does Not Include: Lunch, Driver or Tour Guide Gratuities